The group was formed in October 2003 with the support of the Lions Club of Bramble Bay, and funds raised by Poets on the Park from sales of their anthology `Images of Bramble Bay’. Krissy Kneen, writer and film maker, conducted three writing workshops at the Sandgate Cruising Yacht Club. The writers who attended had been displaced when the Department of Disability Services withdrew support for the group, ‘Voiceless Wonders’, conducted by speech pathologist, Alice Owen. They were keen to continue writing and so formed the group Brotherhood of the Wordless. 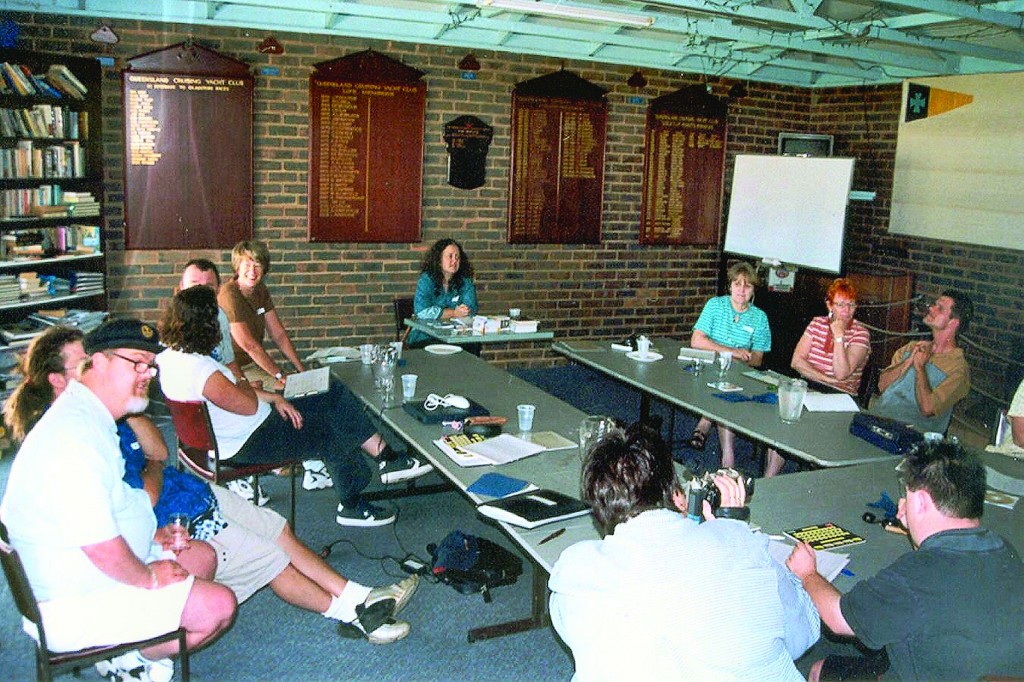 The groups many achievements

A rock band the Bipolar Bears located in Melbourne composed and recorded a song created from one of the early poems of the group.

Paul Bodington from ABC Breakfast radio broadcast an interview and the group’s song about Sandgate composed with Peter Vance.

Publication of an anthology with a DVD Tapping on the Heart of the World.

Access Arts sponsored a grant from the Queensland Arts Council for the production of a documentary Waiting to Write by Krissy Kneen and Anthony Mullins.

Krissy conducted the writing workshops throughout the year.

The group presented at the Queensland Writers’ Festival under Krissy’s guidance.

People who have worked with us

The group owes them a great debt, especially as many of them donated their time to the group.

Many thanks to the staff of the Queensland State Library.

The group generates a uniquely inspiring atmosphere which impacts the life of anyone who is part of it. It is a privilege to share the wisdom and imagination of the writers. The writers’ lives, in turn, alter dramatically as they have the opportunity to discuss common issues and give each other support. As their talents are recognized and affirmed they become more confident and willing to step up to challenges. Members now speak to community groups and at conferences, undertake courses of study, and travel overseas. Their families support each other and welcome new opportunities with greater confidence.